The Institute for Protein Design is guided by luminaries in science and technology. Led by Tachi Yamada, this group provides oversight and guidance for the IPD’s mission to establish protein design as a powerful force in basic research, biotechnology, and entrepreneurial innovation. 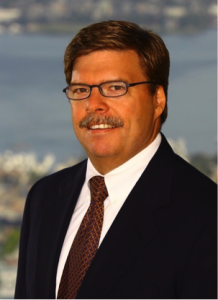 Bryan White is the Founder of Sahsen Ventures. Sahsen invests in and supports mission-driven enterprises focused on life sciences, education, social justice, and the environment.

From 1994 to 2016, Mr. White was Co-founder and Chief Investment Officer of Quadra/Quellos and subsequently BlackRock Alternative Advisors. For over 20 years, he led the investment team managing $20 billion in alternatives including hedge funds, private equity, and real asset funds as well as direct investments in public and private companies. From 1988 to 1994, he was a Portfolio Manager and the Director of Research at Collins Associates. Before joining Collins, Mr. White was a consultant at Price Waterhouse and for his own sole proprietorship.

Mr. White serves on the Boards of Pomona College, The Fred Hutchinson Cancer Research Center, and The Friends of Camp Gallagher. He is a member of the University of Washington Investment Company and the Council on Chicago Booth. He earned a BA in Mathematical Economics from Pomona College in 1984 and an MBA degree, with honors, from the University of Chicago in 1989. 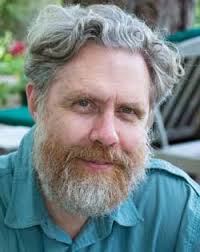 George Church is a professor of genetics at Harvard Medical School and director of PersonalGenomes.org, which provides the world’s only open-access information on human genomic, environmental, and trait data. His 1984 Harvard Ph.D. included the first methods for direct genome sequencing, molecular multiplexing, and barcoding. These led to the first genome sequence (Helicobacter pylori) in 1994. His innovations have contributed to nearly all next-generation genome sequencing methods and companies (CGI, Life, Illumina, Nanopore), and he has founded companies that span the fields of medical diagnostics (Knome, Alacris, AbVitro, Pathogenica) and synthetic biology (Joule, Gen9, Editas, Egenesis, enEvolv, WarpDrive).

Dr. Church has pioneered new privacy, biosafety, environmental, and biosecurity policies. He is the director of the NIH Center for Excellence in Genomic Science. His honors include election to NAS, NAE, and the Franklin Bower Laureate for Achievement in Science. He has coauthored over 330 papers, been issued over 60 patents, and published one book (Regenesis). 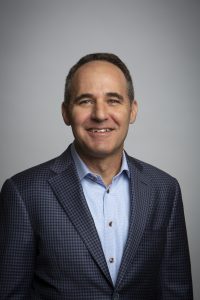 Rob Hershberg is a Venture Partner with Frazier Life Sciences.

In his prior role at Celgene, Dr. Heshberg served as a member of the Executive Committee and was responsible for business development in all therapeutic areas within the Celgene portfolio. He joined Celgene in 2014 to lead the scientific and early clinical efforts in immunooncology and established a Therapeutic Center of Excellence for Immunooncology in Seattle.

Prior to joining Celgene, Dr. Hershberg was the President and CEO of VentiRx Pharmaceuticals, a clinical-stage biopharmaceutical company, which he co-founded in 2006. He previously served as Senior Vice President and CMO at Dendreon Corporation, where he led the clinical, regulatory, and biometrics groups, focusing on the development of Provenge® in metastatic prostate cancer. 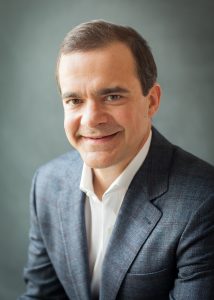 Jeff Wilke retired as Amazon’s CEO Worldwide Consumer in February 2021. During his more than 21
years as a corporate officer, he led Amazon’s retail and third-party stores, operations, marketing, Prime,
and technology teams. Jeff joined Amazon in 1999 to lead the buildout of global operations, and his
operations team created the infrastructure and technology that led directly to Amazon Prime. Jeff led
teams that launched Prime Video, Prime Now, Prime Day, Amazon Fashion, and many other innovations
that are now part of the Amazon customer experience. Jeff also oversaw Amazon’s acquisition and
integration of Whole Foods Market. He helped create Amazon’s corporate culture, processes, and
mechanisms, including Amazon’s Leadership Principles, which codified the company’s unique DNA for
generations of leaders. He brought to Amazon a playbook with principles and processes from
manufacturing, including Lean and Six Sigma, and corporate processes such as the HR mechanisms that
shaped how Amazon evaluated and grew talent.

Jeff is Chairman and co-founder of Re:Build Manufacturing, a private company that aims to integrate
new technologies with conventional manufacturing businesses to accelerate their growth and improve
performance. Over the coming decades, the company expects to create new U.S. factories and
thousands of new U.S. manufacturing jobs. Prior to Amazon, he was vice president and general manager
of pharmaceutical fine chemicals at AlliedSignal (now Honeywell). He spent the preceding six years in a
variety of operations and general management assignments in the chemical, polymer, and electronics
industries. He began his working career writing code and managing software development projects at
Andersen Consulting (now Accenture). Jeff is a 1993 graduate of the Massachusetts Institute of
Technology (MIT) Leaders for Global Operations program, where he earned an MBA and an S.M. in
chemical engineering. He also holds a BSE degree in chemical engineering, summa cum laude, from
Princeton University. He served as the chairman of the governing board for MIT’s Leaders for Global
Operations program from 2010 through 2020. Jeff was born and raised in Pittsburgh, Pennsylvania. He
spent many evenings as a teenager writing code, and he currently serves on the board of Code.org.
Follow Jeff at twitter.com/jeffawilke. 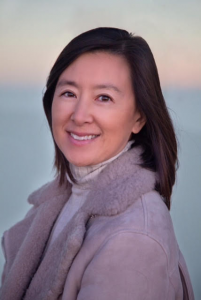 Clara Wu Tsai is a commercial and philanthropic investor. She supports research and discoveries in science and the environment. Within the sciences, she focuses on disease prevention and potential breakthrough technologies.

Mrs. Wu Tsai works closely with the Stanford University Neurosciences Institute, which aims to further our understanding of the brain through an interdisciplinary lens spanning neuroscience, medicine, engineering, psychology, education, and the law. At Stanford, she has served on the Bio-X Advisory Council, the presidential ChEM-H/Neuro Task Force, and the Dean of Research Advisory Council for Bio-X, ChEM-H, and the Neurosciences Institute.

Mrs. Wu Tsai is a part-time advisor to Taobao, China’s largest online shopping website. Previously, she was General Manager of Taobao’s Hong Kong operations and a Vice President at American Express in New York and Hong Kong. She holds an AB and AM in International Policy Studies from Stanford University and an MBA from Harvard University. She is on the Stanford University Global Advisory Council and the International Council of Advisors of the National Geographic Society. Mrs. Wu Tsai also serves as a trustee of the Lincoln Center for the Performing Arts in New York City. 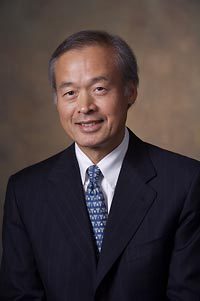 Dr. Tadataka (Tachi) Yamada was a Venture Partner with Frazier Healthcare Partners. Prior to joining Frazier, he was Executive Vice-President, Chief Medical & Scientific Officer, and a Board Member of Takeda Pharmaceuticals.

Dr. Yamada served as President of the Bill & Melinda Gates Foundation Global Health Program. In this position, he oversaw grants totaling more than $9 billion in programs directed at applying technologies to address major health challenges of the developing world including TB, HIV, malaria, and other infectious diseases, as well as malnutrition and maternal and child health. He was formerly Chairman of Research & Development and a Member of the Board of Directors of GlaxoSmithKline. Prior to that, he was Chair of the Department of Internal Medicine and Physician-in-Chief at the University of Michigan Medical Center.

Dr. Yamada held a bachelor’s degree in history from Stanford University and obtained his M.D. from New York University School of Medicine. In recognition of his contributions to medicine and science, he was been elected to membership in the National Academy of Medicine (US), the Academy of Medical Sciences (UK), and the National Academy of Medicine (Mexico). He also received an honorary appointment as Knight Commander of the Most Excellent Order of the British Empire (KBE) and been conferred honorary doctorates of science from five universities. He was a former President of the Association of American Physicians and of the American Gastroenterological Association and served as a member of the President’s Council of Advisors on Science and Technology and the Advisory Committee to the Director of the National Institutes of Health. He was Vice-Chair of the Council of the National Academy of Medicine and served on the Board of Directors of the Clinton Health Access Initiative and as chair of the Advisory Board of Athira Pharmaceuticals. 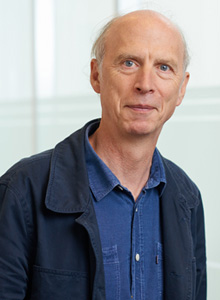 Peter Goodfellow has worked for many years as a research scientist specializing in human genetics. His first independent position was at the Imperial Cancer Research Fund in London, where he worked for 13 years studying human gene mapping and the genetics of sex determination. In 1992, he was elected to the position of Balfour Professor of Genetics at Cambridge University. Subsequently, Peter worked in the pharmaceutical industry, serving as head of Discovery for SmithKline Beecham and Senior Vice-President of Discovery Research at GlaxoSmithKline. Dr. Goodfellow holds bachelor’s and doctorate degrees from the University of Bristol and a doctorate degree from Oxford University.