Today, scientists from of the Institute for Protein Design will join Foldit gamers from around the world to help design an enzyme that can neutralize aflatoxin — a cancer-causing toxin produced by certain fungi that are found on agricultural crops such as corn, peanuts, cottonseed, and tree nuts.  Foldit is a citizen science game version of Rosetta@home, that allows gamers to create new proteins.  Aflatoxin puzzles provide a starting enzyme which has the potential to disarm the toxin, and Gamers from around the world will compete to redesign the enzyme so it can neutralize aflatoxin. 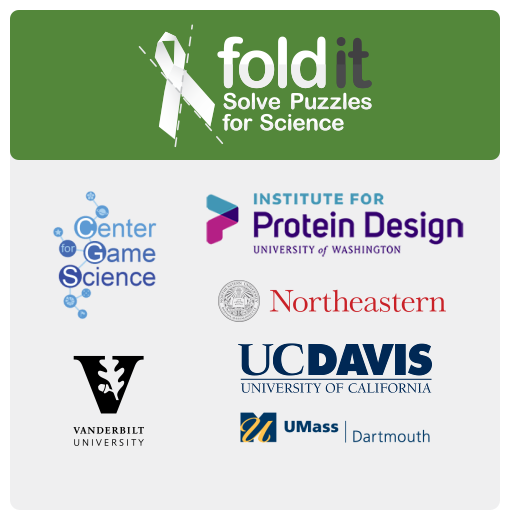 Food safety is a long-standing interest at the Institute for Protein Design.  Our scientists have designed a potent KumaMax enzyme for breaking down gluten, and have launched PvP Biologics to develop it as a therapeutic for treating celiac disease.

David Baker, director of the UW Institute of Protein Design whose lab has been developing FoldIt along with the UW Center for Game Sciences and Seth Cooper at Northeastern, said:  “It has been fascinating to work with FoldIt players over the years and see how they have been able to come up with innovative solutions to challenging problems.  I look forward to seeing the solutions FoldIt players come up with to the important aflatoxin neutralization problem!”

Foldit is a competitive online puzzle game about protein folding.  It is a crowd-sourcing computer game that allows anyone in the world with a computer and imagination – but not necessarily any scientific training – to determine how amino acids are folded together to create proteins, the workhorses of our bodies.

Inspired by citizen scientists who had a desire to fold proteins on their own, the Foldit game was first released in May 2008, the result of a UW collaboration between David Baker (Director of the Institute for Protein Design), Zoran Popović (Professor of Computer Science), and Seth Cooper (now at Northeastern University).  The first Foldit players had previously volunteered their home computers for the Rosetta@home project to support large scale protein folding calculations for the Baker lab, but these first players wished to do with their minds what their Rosetta@home computer was attempting as viewed through a screen saver.  Since the launch of the Foldit game, players have had a number of notable successes.

Make a donation to help us fund our anti-Ebola effort.

The “Three Dreamers” are a group of Seattle-based philanthropists whose family members are suffering from Alzheimer’s disease (AD).  The IPD has partnered with the Three Dreamers, the Foldit community and AD researchers at the UW to design new proteins targeting amyloid, thought to be the cause of AD.  Learn more at this link.

Foldit is 5 years old.  This publication entitled “Increasing public involvement in structural biology” chronicles the power of engaging the citizen science community on behalf of the computational challenge of protein folding.  Learn more at this link.